Fetches: Apparitions of the Living 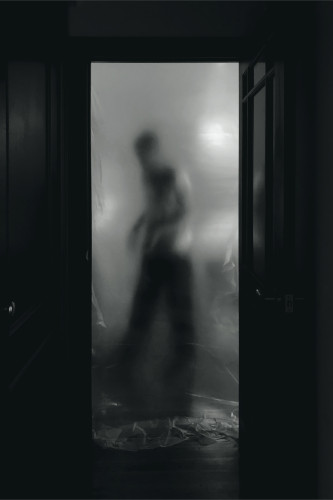 We all know what an apparition is: a ghost! And a ghost, by definition, is someone who’s died. But what about cases where people have seen ghostly figures who are very much alive?

I was expecting my husband home, and shortly after the time he ought to have arrived (about 10 p.m.) I heard a cab drive up to the door, the bell ring, my husband’s voice talking with the cabman, the front door open, and his step come up the stairs. I went to the drawing-room, opened it, and to my astonishment saw no one. I could hardly believe he was not there, the whole thing was so vivid, and the street was particularly quiet at the time. About 20 minutes or so after this my husband really arrived, though nothing sounded to me more real than it did the first time. The train was late, and he had been thinking I might be anxious.

Edmund Gurney, Frank Podmore, and Frederic William Henry Myers argue in their book Phantasms of the Living that apparitions of the living (sometimes called fetches) are a form of telepathic communication, made by someone in an emotional state, projecting their own image to one or more people. Most often, they are sent by someone who is near death. (When connected with death, the visions are often called crisis apparitions, which will be featured on my Weird Wednesday blog later this winter.)

I went to school in Alsace in October, 1852, when I was 17. … It was the last Sunday in February, 1854, between 1 and 2 o’clock. I was seated in a large school-room reading, when suddenly the figure of my mother appeared to me at the far end of the room. She was reclining as if in bed, in her night-dress. Her face was turned towards me with a sweet smile, and one hand was raised and pointing upwards.

Gently the figure moved across the room, ascending as it went until it disappeared. Both the face and figure were wasted as if by sickness, as I never had seen her in life, and deadly pale.

From the moment I saw the apparition I felt convinced my mother was dead. … Two or three days after, my governess, after prayers, called me to her private room. As soon as we entered I said, ‘You need not tell me. I know my mother is dead.’ She asked me how I could possibly know. I gave no explanation, but told her I had known it for three days. I afterwards heard my mother died on that Sunday, at the time I had seen her, and that she had passed away in an unconscious state, having been unconscious for some day or two before her death.

Sometimes fetches move around and speak, trying to pass on some message, and sometimes they seem oblivious to the people who are seeing them. Psychical research loves the idea of fetches because, unlike ghosts, fetches are a two-way street. You can’t verify a ghost, because you can’t talk to the dead. But a fetch can be matched to a time of death or other concrete details. (See my blog post on Peak in Darien deathbed visions for other possibly verifiable experiences.) And sometimes the apparitions are reciprocal: two people see simultaneous visions of each other, which can also be checked.

The novel I am working on is based on my short story Forewarning (which you can read on Ao3) about a man named Cole who regularly sees fetches. As in the first example, for Cole, the apparitions foretell the future.

I had a great time reading Apparitions of the Living, and I highly recommend it for fascinating stories and lots of great 1800’s psychical theorizing. I have to say that I remain skeptical on apparitions myself, but they do make for good stories!