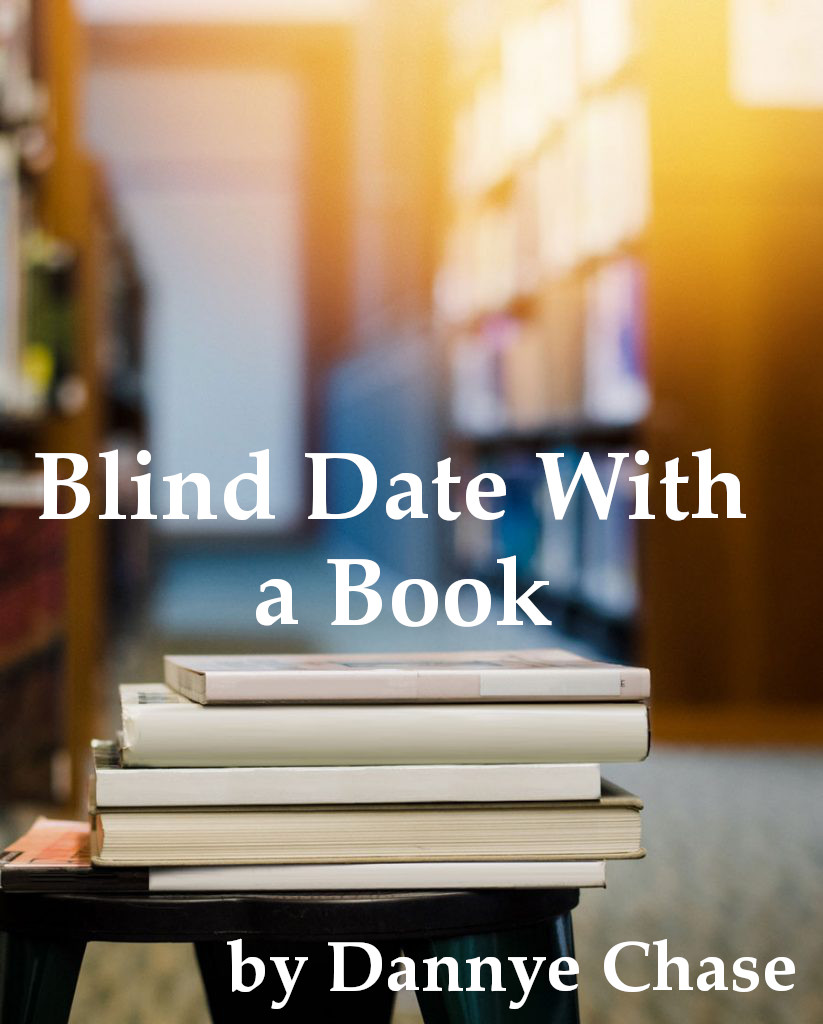 Heather Sullivan had been a librarian for six years, at a branch library in a shopping mall, a small space between an athletic shoe store and a stall that sold cookies. It was a pleasant little library, smelling of book glue and running shoes, melted chocolate and the pine tree that the mall had placed in the aisle beneath a skylight.

Being in essence a mall store, Heather took cues from the surrounding stores and put colorful displays of books by the entrance and banners above the door. A large stuffed bear served as mannequin in the window, always dressed for the season, reclined comfortably, reading a book. As it was January now, the bear wore a red cap and scarf and held a copy of Carl’s Snowy Afternoon.

Heather also ran sales promotions, as it were; for example, in the weeks leading up to Valentine’s Day, Heather put in place an idea she’d found on a subreddit for librarians: Blind Date With a Book. She wrapped books in paper like presents, leaving no clue to what lay beneath. Adventurous or indecisive patrons could take the books home and possibly discover a new favorite in a genre they’d never before tried.

It was unseasonably warm for January, and despite Good Dog Carl having a Snowy Afternoon, the rest of the city was getting rain. Heather turned when she heard the outside door to the library open, and saw a woman entering who had gotten fairly well drenched. Her shoes were tracking water onto the library carpet, and it dripped off of her coat as well.

Heather should probably have been a combination of slightly annoyed and kindly understanding. Heather was neither of those things. Heather was in fact doing nothing but staring at a woman with wet hair and an apologetic expression on her face. The woman was taller than Heather by a couple of inches, though that didn’t mean much, as Heather had barely made it to five feet. The woman’s hair was brown, darkened by rain. She was a little bit heavyset in a shapely way, with her coat cinched tight at the waist but stretched around wide hips and bust.

“I’m sorry,” the woman said, looking around. “I didn’t realize this was a bookstore. Or— library, I guess.” She stepped gingerly past a couple of shelves, clearly doing her best to avoid dripping on them.

The woman gave Heather a sort of anxious look, which, when Heather continued to stand there staring, passed slowly into what seemed like realization and from there, the woman’s eyes dipped down and up, taking in Heather from her toes to her blond ponytail.

“Haven’t been in a library in ages,” the woman said, smiling faintly now, and finally, that sentence broke through Heather’s daze.

“I think I have a library card,” the woman offered. “Except it’s for the main branch.”

“That will work here, too,” Heather assured her.

“I can look it up,” said Heather, and perhaps her feet floated a little on the way to the front desk, as she realized that many years of school and work had come together at this very moment to put her in a place where she had an excuse to ask a beautiful woman her name.

“It’s Terri,” said the woman. She was running a hand through her wet hair, which resisted it stubbornly, curling around her fingers. “With an i. Terri Smith. Yes, really.”

“Oh, here you are,” said Heather to her computer. “You haven’t used your card much.”

“No,” said Terri, in a slightly fainter voice. She was standing at the front desk now, but she averted her eyes as she announced, “I hate to read.”

Heather’s hands stilled on her keyboard. “You hate to read,” Heather repeated.

“Never.” Terri shrugged with one shoulder. “Maybe you could suggest something?”

It was quite literally Heather’s job to like books. And she was quite literally standing in a library, one which she had cataloged and arranged herself. Nevertheless, Heather could not think of the name of a single book. There was really only one solution to this problem. “Well,” Heather said, “you could always go on a blind date.”

Terri opened her mouth, but didn’t seem to know what to say. Her face flushed a little, bringing color to skin bleached white by cold, reddening the plump curves of her cheeks beneath quite expertly applied eye makeup, green shadow that seemed to have a little actual sparkle to it.

“It’s a promotion,” Heather said, very quickly, pointing to the shelf of books wrapped in shiny blue paper. “You, um— you don’t know what you’re getting, so it’s like—”

Terri was smiling faintly now. “Well,” she said, “I think I’d be up for that.”

Heather picked a book from the top shelf and found the place where the blue paper had been cut away to reveal the book’s library barcode. “It’s due in two weeks,” she said, handing the book to Terri.

Heather had perhaps never loved libraries more at that moment, realizing that unlike the mall customers, her patrons had to come back.

One week later, January had returned in force, and Heather, crouched down to arrange a low shelf, could feel the bitter wind coming in from under the door. She straightened up with relief and found that there was a patron at the front desk. A familiar patron. Perhaps this patron should not have been quite so familiar, as Heather had only seen her the once, but Heather had spent quite a few hours thinking about Terri (and also looking up glitter eye makeup tutorials online).

Heather couldn’t do as well as Terri could with the makeup, but today Heather’s eye shadow was a slightly sparkly blue, to match the scarf wound around her neck. There wasn’t much insulation on Heather’s small frame, and she tended to get very cold in the winter. Terri, standing at the desk in fuzzy black boots and a red sweater, looked fantastically soft and warm. It turned out that her hair wasn’t quite so dark when it wasn’t wet, and it bounced over her shoulders in wide curls.

This time, Heather had a topic of conversation readily at hand. “What book did you have?” she asked, proud of her steady voice.

“I mean, I got the plot, but then I looked it up, and somebody said that Dr. Jekyll was the true monster, and I don’t see that at all. Very, uh—”

“Yes.” Terri didn’t take her eyes off of Heather as Heather came around to the front desk. “I was thinking,” Terri said, “maybe you could explain it to me?”

Heather nodded, quite bravely. “Well, as a librarian, I suppose that’s my job.”

Heather lost track of time during that encounter, until more than an hour had gone by at the front desk, both of them still standing there, discussing heaven knew what, and then Terri had to leave. Before she did, she picked up another Blind Date With a Book.

Terri nodded. “Yeah, the movie was better, though. But I always think movies are better than books.”

Heather might have gasped. She pointed to a chair. “Sit. Down.”

On this visit, Terri brought cookies from the shop next door.

“It is Valentine’s Day,” Terri pointed out. “Sort of a tradition to give chocolate gifts.”

Heather had never been given a Valentine’s gift before. In fact, she’d failed to recognize that she was a person who could receive such a gift. “Oh,” she said.

Terri smiled. “Well, we’d better eat them quickly, if they’re contraband.” She held out the basket full of cookies, which were smearing warm chocolate on the paper lining. The store had provided napkins. Heather used them, wiping chocolate from her hands. Terri looked right at Heather, and licked the chocolate from her fingers.

“What book did you have this time?” Heather asked, and the words came out in a sort of whispery rush, like they’d all slipped and fallen over.

“The Mists of Avalon.”

“I did, eventually. Took a while to get into it. I was actually wondering— the characters the author made up were just so interesting. Did she write any other books about this King Arthur guy?”

Heather paused with a napkin gripped in her hand. “You— you’ve never heard of King Arthur.”

Terri shook her head, eyes wide and innocent. Today she might have been a bombshell from the forties with smoky eyes and deep red lipstick. She wore a white sweater that couldn’t have been all that terribly warm, what with how low the neckline dropped.

“Tell me about him?” Terri asked, licking her fingers again.

An hour later, when Terri finally got up to go, she noticed that the rack of Blind Date books was missing.

“Oh, the promotion is over,” Heather said. “It ended today. But I put one back for you.” She handed Terri a book in blue paper.

Heather looked up from her computer, putting on her best impression of a professional librarian speaking to a patron. She’d dressed carefully for today, sparkly eye shadow again, a blue sweater, and her hair up in a bun. Not to mention the honest-to-god pencil skirt.  “Did you like it?” she asked.

“Did I—” Terri made a noise of clear exasperation. “Come around the desk.”

“I will,” Heather said, fighting a smile. “If you answer one question for me.”

Terri put a hand on her generous hip. “Yes?”

Terri’s mouth twitched. “Murder on the Orient Express. Every time I read it I catch something new.”

“Online, mostly. Fanfiction, ebooks, audiobooks. I have a Master’s Degree in English. I did my thesis on King Arthur. Come around the desk. Now.”

Heather had always thought that the sexy librarian thing was pretty ridiculous, but she had to admit that there was something terribly exciting about being dragged into the stacks and kissed. Terri was even softer and warmer than Heather had imagined, her curves unable to be contained by Heather’s small hands. Not that Heather didn’t try, and that was when they realized they probably should not be doing this in the library.

“You will let me take you on a real date, won’t you?” Terri asked, smoothing Heather’s hair where it had come loose from her bun.

“Pizza and Netflix. I’ll pretend to like the Lord of the Rings movies better than the books and you can lecture me.”

“You want a lecture?”

“You’re in a fucking pencil skirt, of course I want a lecture.”

“Well, why don’t we do it at my place, then?” Heather asked, grinning. “I can take out my contacts, put on my glasses.”

Terri groaned. “You know, I really wish I’d known before what kind of amazing dates you can pick up at the library.”